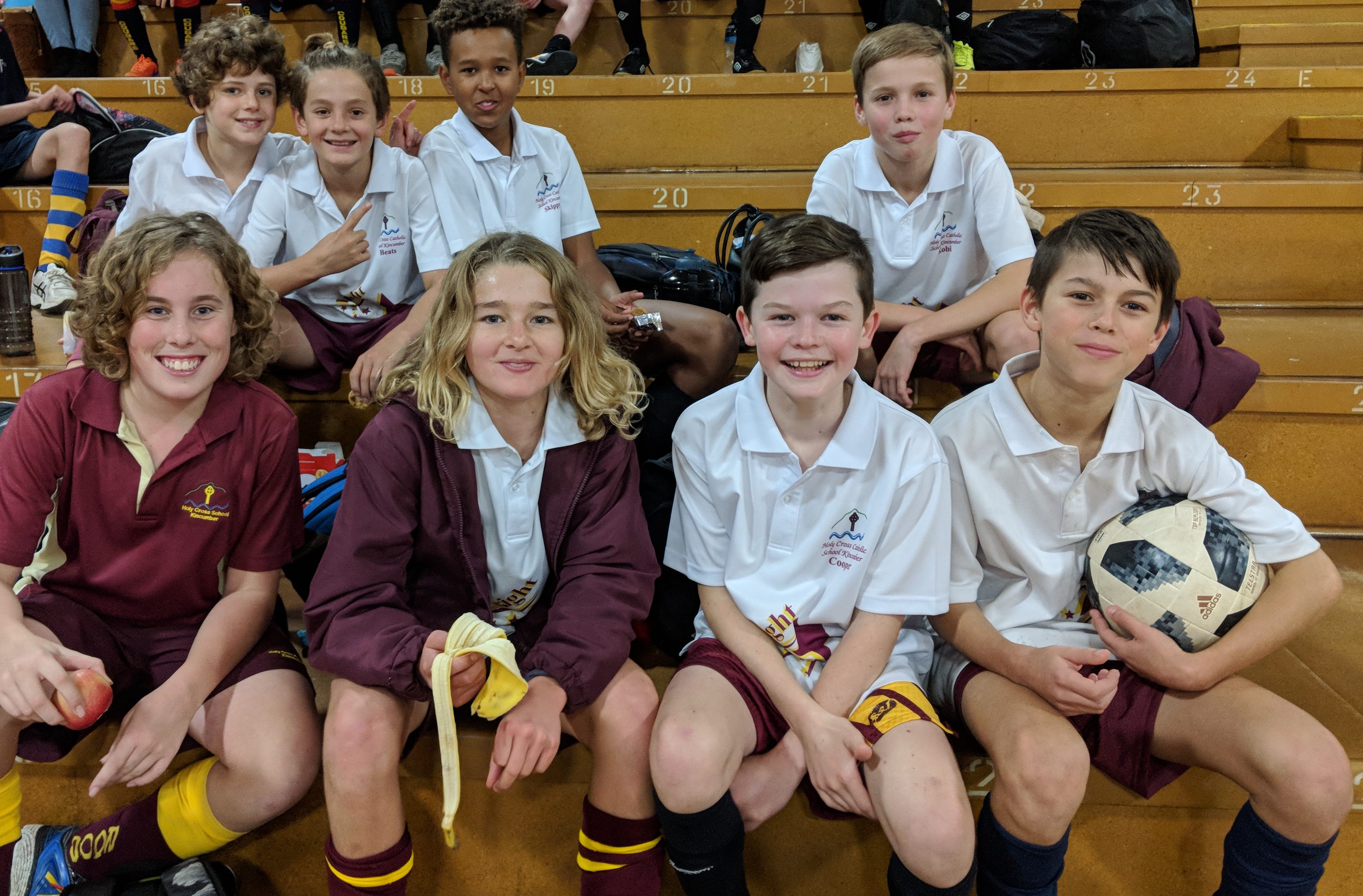 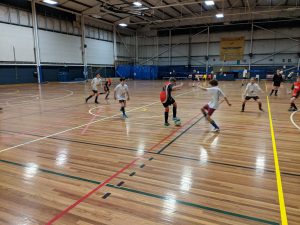 GOAL!!! We came running down the field. WE HAD SCORED!!! That puts us in the winning position. The whistle blew full time and that means we WON!!!
This was just one of the highlights during the futsal competition that eight Year 6 boys went to at Niagara Park Sports Stadium on Tuesday 12th of June. It was a very exciting day. The boys in the team were, Harry M, Kobi C, Jesse S, Jesi W, James B, Cooper O, Noah M and myself.  I was the team goalkeeper. We played five games in total.
When we arrived, all the team started doing a warm-up. They were kicking the balls at me in the goal. After we warmed-up we played our first game against Green Point Christian School. Unfortunately we lost that game 3-1. But the next game we beat St Patricks, a 5-6 win to us. That meant we were tied for second at that point. Our next game we vs the other Green Point Christian School team, we beat them 5-1.
We moved on to the semi-final where we won 6-1! We were now in the final!
The final was a tough game. We came up against the first Green Point team that we lost to at the start of the day. Unfortunately, we went down 5-0. It wasn’t the result we wanted but we were all very proud to finish 2nd on the day! The result means we now move on to play in the State Futsal titles in Penrith as one of the two teams representing Central Coast.
I’m very proud of my teammates and can’t wait to represent Holy Cross at State!
By Fraser Ball