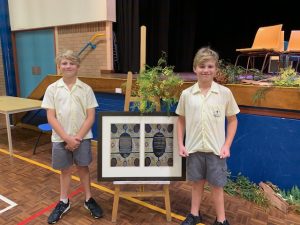 Last night a number of our students attended the annual Tjudibaring AECG Awards.  These awards celebrate and recognise effort, improvement, excellence and achievement in Aboriginal education in schools within our AECG boundary.

Three of our students were nominated for awards last night and one of them won an award.

Kallum also won the award for Dedication to Learning.

A huge congratulations to all of these students for being recognised for their excellence in their chosen fields.